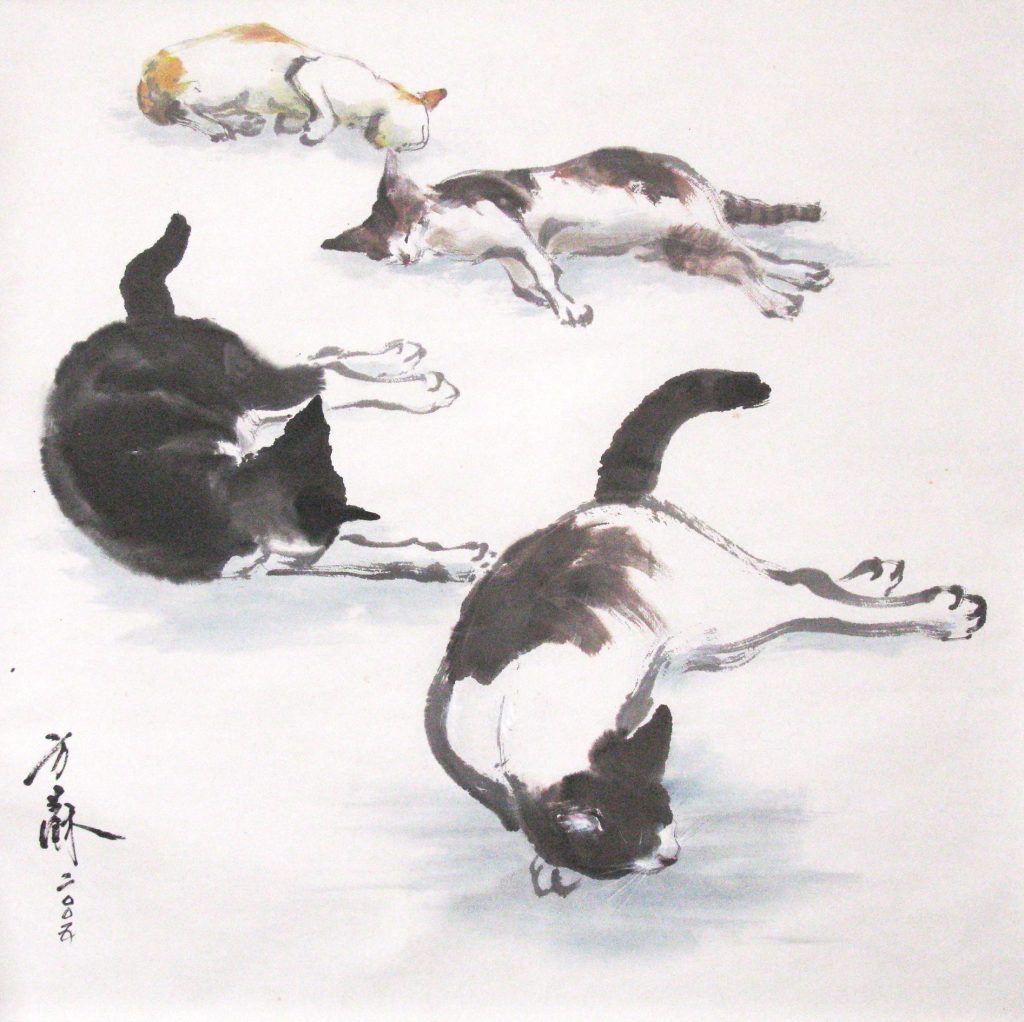 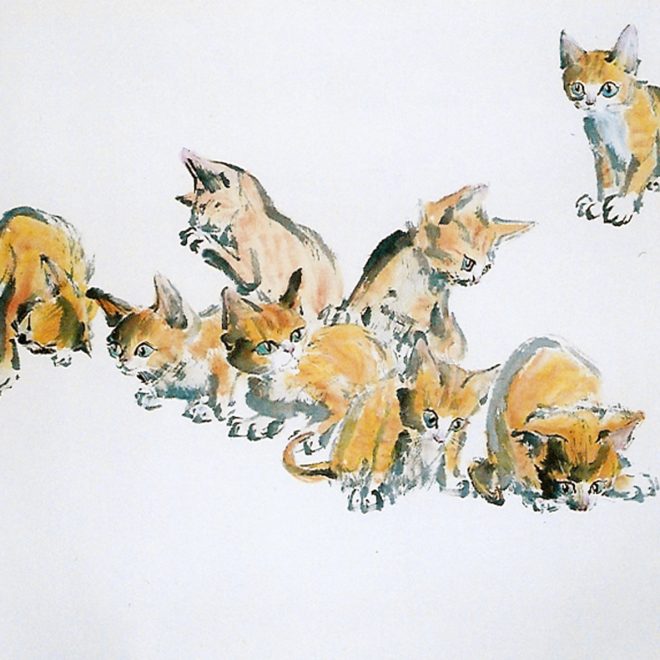 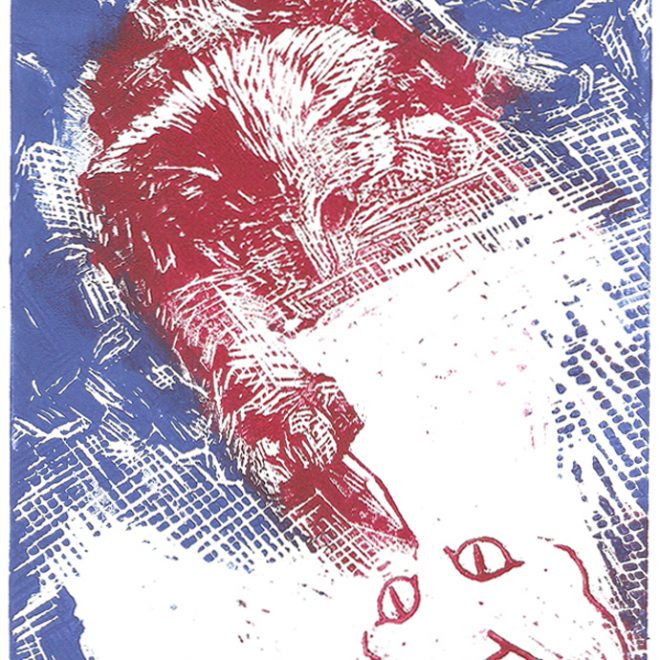 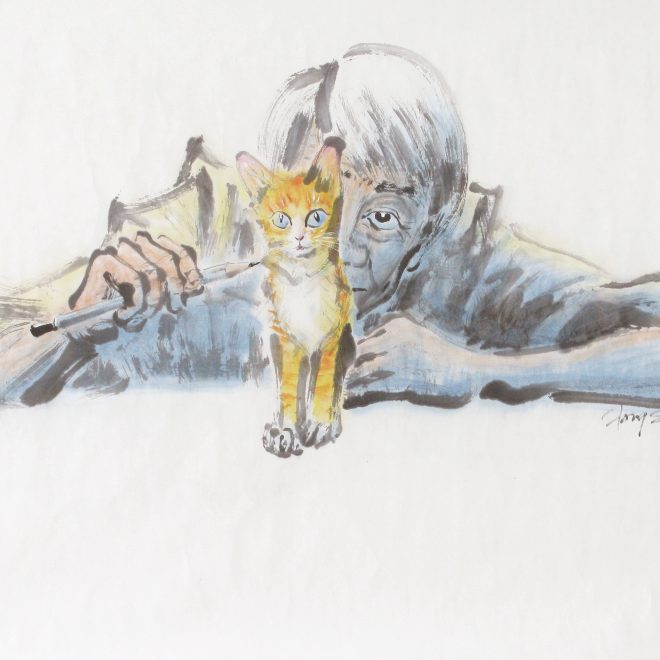 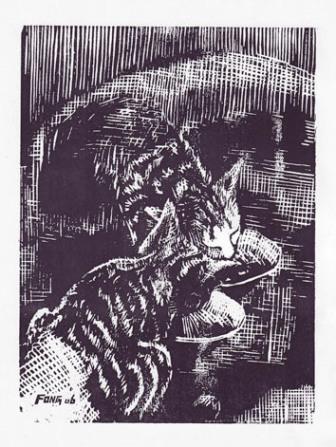 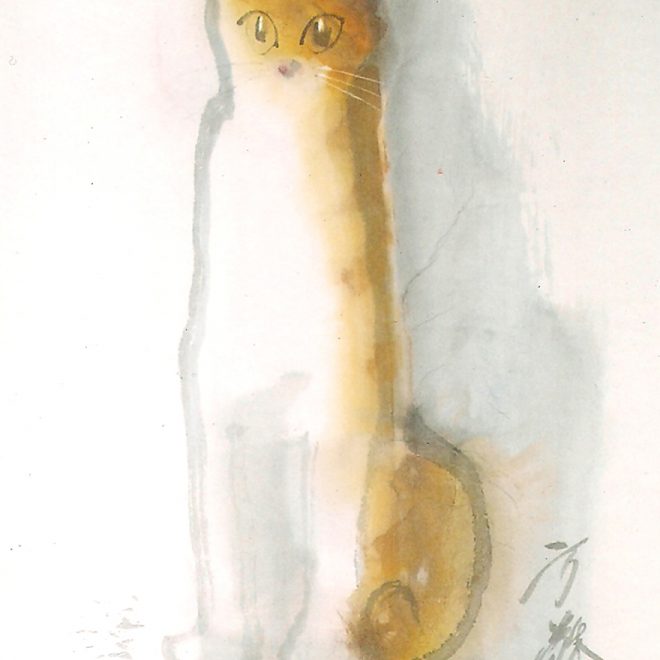 Cats
1999- / Ink paintings, sketches, linocuts and woodcuts / Exhibitions: “Street Cat”, included in the exhibition “City Life”, 2000-01; the other pieces were occasionally included in other small shows

I consider painting cats as a good exercise to train my brush technique. I once painted a street cat waiting to be fed by an old woman. The work was later acquired by the Hong Kong Museum of Art in 2001.
After painting that street cat, I moved to a small village in the New Territories and stayed there for one year. During that year, my landlord’s cat gave birth to two litters of kittens. I thus made a lot of sketches of the kittens.
Later, I spent two years in Hong Kong SoHo, where I once kept an abandoned kitten and named it SoHo. The kitten was later adopted by a friend before it had the need to strop its claws as all cats would do. SoHo was then a curious kitten. It would jump onto the keyboard when I was on the computer, or onto the drawing pad when I was working on a sketch. Some of my sketches of SoHo were turned into woodcuts and brush-and-ink paintings, including two self-portraits. -FS 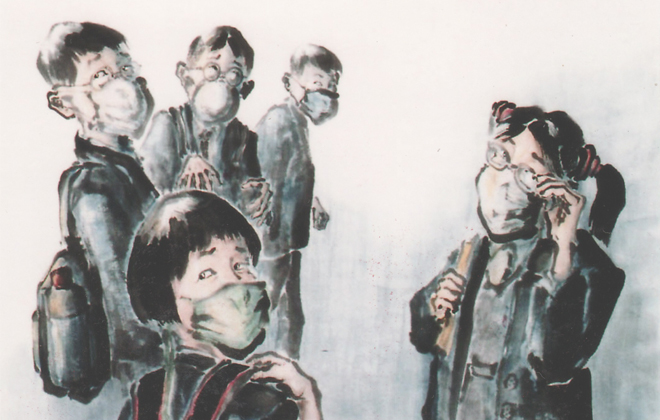 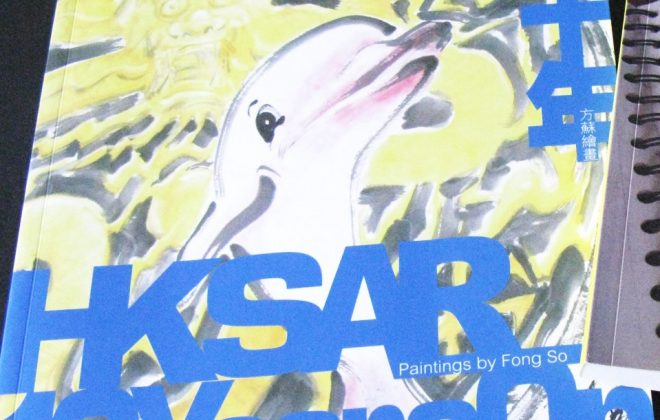 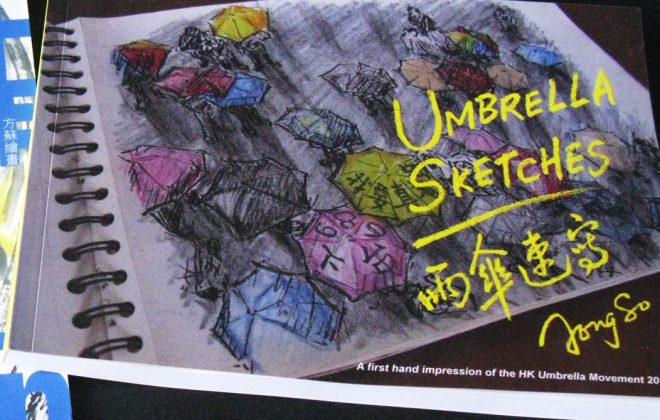 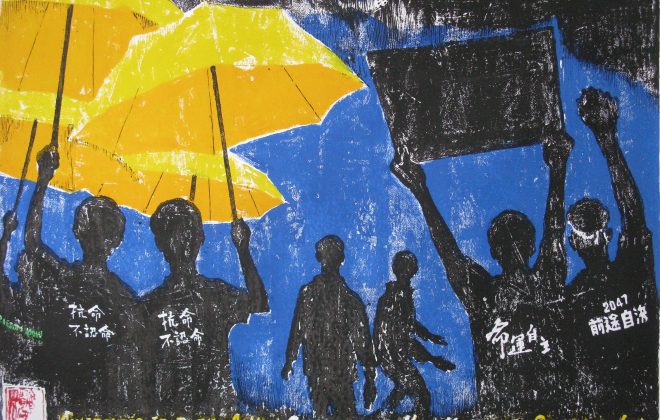